Our paper on the de novo genome sequence and annotation of the Coffee Berry Borer (a beetle) is published today in Nature Scientific Reports. This was a really fun project, where I was pushed to do a lot more in-depth study of insect biology (such as antimicrobial and cytochrome P450 proteins). We also discovered that this beetle has captured a bunch of bacterial proteins into its genome (horizontal gene transfer) - which seems odd, but was actually previously reported for this insect and many others. Interestingly, most of these captured bacterial proteins provide starch digesting enzymes, which support the beetle's lifestyle of living entirely inside of the coffee bean and eating nothing but coffee! We are of course hoping that these genes can be used as some sort of target for control of the pest, which causes something like a billion $$ of annual damage worldwide to our beloved coffee. 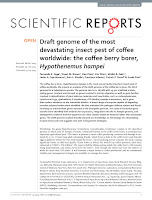 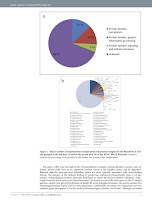 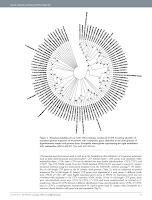 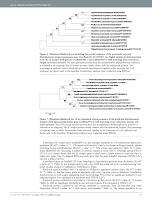 Roasting of the beans is an important process that helps bring out the real vibrant flavor of the beans. The carbohydrate and fat content of the coffee beans get transformed to aromatic oils by the heat of the process. This gives rise to the great coffee flavor which is cherished by the people from all corners of the world. roasted coffee

article that you created and you have, very nice, charming and perfect to be listened to and used as a reference of quality.
thank you for sharing a remarkable job, hopefully more successful and we wait for the next post

I was very interested and like what is in this article, the content of the article is quite good and quality..
steady buildup gan. Thank you for sharing, gan

I really want to thank Dr Emu for saving my marriage. My wife really treated me badly and left home for almost 3 month this got me sick and confused. Then I told my friend about how my wife has changed towards me. Then she told me to contact Dr Emu that he will help me bring back my wife and change her back to a good woman. I never believed in all this but I gave it a try. Dr Emu casted a spell of return of love on her, and my wife came back home for forgiveness and today we are happy again. If you are going through any relationship stress or you want back your Ex or Divorce husband you can contact his whats app +2347012841542 or email emutemple@gmail.com website: Https://emutemple.wordpress.com/